A day out on the Dingle Peninsula should be at the top of your to do list in Kerry. 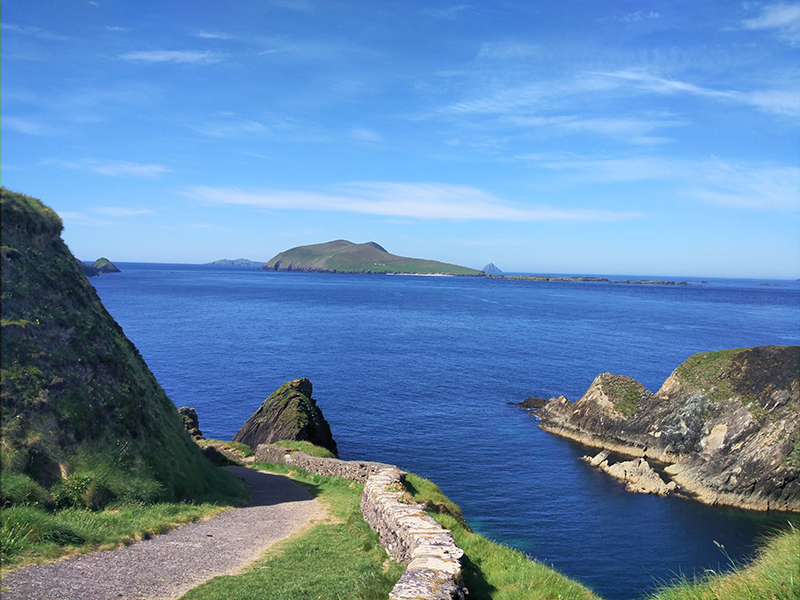 Passing through the villages of Blennerville and Camp, you can either stay on the main road or take the Scenic ‘Conor Pass’ to Dingle. This is the highest mountain road in Ireland the view from the top are magnificent, on a clear day. This route is not recommended for motorhomes as its quite a narrow,  windy and twisty road with overhanging rocks. The views from the road are breath-taking, as the glaciated landscape of mountains and corrie lakes comes into view.
From the scenic carpark at the summit there are views as far as the Aran Islands off County Galway.

Descending into the colourful village of Dingle you can stop off and enjoy the many great bars and restaurants. There are lots of local craft makers in Dingle and you can pick up some nice, well made genuine souvenirs in the many craft shops.

A trip around Dingle bay on one of the boats to catch a glimpse of Fungi the Dolphin was a must do for families. Unfortunately Fungi has left us, but a boat tour of the bay is still a lovely way to acquaint yourself with Dingle. There are many boats leaving from the Pier that offer these boat trips.

On leaving Dingle, the Drive passes over Milltown Bridge, past the woodlands at Burnham to the seaside village of Ventry. The long, curved strand is a blue flag beach and offers a safe venue for bathing and water sports.

On leaving Ventry the Drive continues westward, past Dunbeg Fort, and continuing with a sheer cliff on one side and the Atlantic Ocean on the other. At Fahan the road crosses a ford.

The Drive now reaches Slea Head itself, marked by a stone crucifixion scene, with dramatic views to South Kerry and the Blasket Islands. 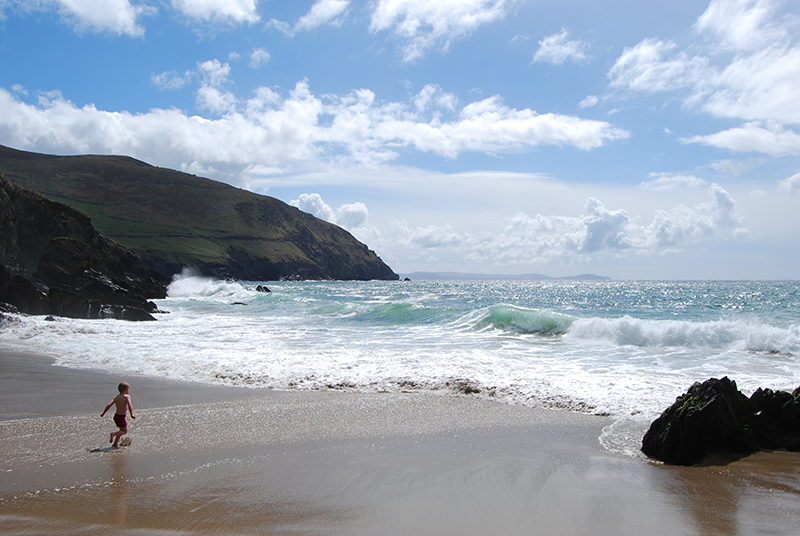 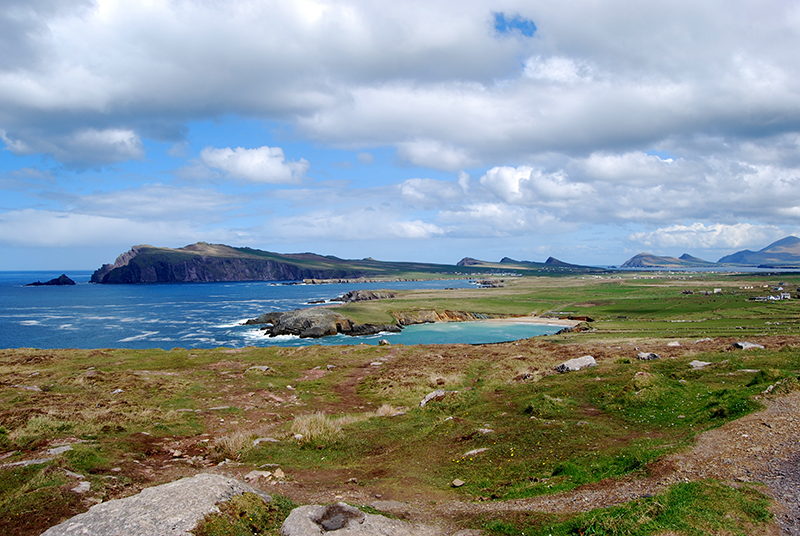 You now follow the coast north, past Coumenoole Strand, where some of the filming of Ryan’s Daughter took place, to Dún Chaoin. It is possible to board a passenger ferry to the Great Blasket / An Blascaod Mór from Dún Chaoin pier.

You continue north and east from Dún Chaoin through wild open countryside, moving inland to the village of Baile an Fheirtéaraigh / Ballyferriter. The village has a number of bars, a shop and is the site of the Corca Dhuibhne Regional Museum.

The Drive now moves eastward, passing close to a number of ancient monuments, such as the excavated early Christian site at Reasc, and Gallarus Oratory.

You will next arrive at the fishing village of Baile na nGall/Ballydavid. On leaving the village the drive again follows a cliff-top route, with a dramatic seascape of crashing waves, rocks and seabirds below.

At An Fheothanach/Feohanagh a bridge is crossed and the route brings you to Cuas an Bhodaigh or Brandon Creek. This inlet was the legendary starting point of the voyage of St Brendan to America, centuries before Columbus.

The Drive now turns south and runs along the base of Mount Brandon, the second highest mountain in Ireland. A pilgrimage route to the mountain’s summit begins near here.

You then re-join the main road south to Dingle, passing over a hill’s crest at Ballinlochaigh and arriving back at the entrance to the town.

On the way back to Tralee its nice to stop off at The South Pole Inn, in Annascaul, for some refreshments. It was once owned by Tom Crean, the Antartic Explorer and inside the pub there is lots of memorabilia from his travels.